Aug 7, 2019- All Carson Crimeni wanted that day, wanted ever in his 14 years of life, was to "fit in". And the group of kids, whom he mistook for his friends and eager to please, overdosed him, video taped him as he went down steadily through the whirlpool of hallucination, laughed at him, and posted the video on social media. If at least one of the kids who were gathered there had the least of their conscience in them to call 911 in time, Carson could have been alive today. There was one call from a video viewer to 911 which the police had no success following up. When I read the newspaper over the weekend, my heart was wringing in pain - at a kid, who was not given a second chance in life, at a set of parents and family whose life will never be the same, to say the least. But most of all, I can not even begin to comprehend the very lack of slightest of empathy, very lack of humanity among the kids who were there, who are the generation next.  There is always the very underlying problem of bullying and drug usage among the teenagers and the lack of regulations. One can not stress enough on the importance of awareness and enforcement of anti-bullying practices, but how far can one go in ensuring it !? These kids could have had all the fun they wanted, but could have spared his life. Could have had the last thin line of conscience and awareness in them to know a life threatening situation. Its easy to place the blame anywhere, everywhere- at the parents, teachers, system, the lousy regulatory controls - but how do one answer the family as they lament and try to come to terms with their loss?
Posted by Arya at 13:39 No comments:

Watercolouring May'19 - the duck and the bull

Just capturing a couple of Anouk's colouring attempts in May'19. As before, Arun would make the drawing on a large poster size sheet. Anouk would do the colouring, sprawled on the floor, moving around the picture to reach all the edges of the drawing and at times open to suggestions of the choice of colour from the parents J. One of them, the duck is a particular favourite of mine as I love the strokes on the body and the neck, giving it an almost feather covered look. Since May there has not been much colouring activities mainly because the parents were busy behind the closing of the house purchase and a new interest in Rubik's cube. Now as everything seems settled and as Anouk is geared (wishful thinking) for school for the first time in September, its time to bring back the brushes and paper J.

Around the time Anouk turned four, Arun started introducing the 2x2x2 Rubik's cube to her. From simple beginnings trying to make her grasp the problem statement, from seeing her eyes amazed at how the moves can be made and the much bigger task for Arun- to make her visualise the steps while she grappled and excelled with the logical thinking behind each step- it was and is quite a journey in itself. Arun realised that his standard techniques of teaching algorithms had to be completely overhauled to teach a 4 year old who refuses to make a move unless she is able to figure in her head the end result. None of the techniques available out there could cater to her, so Arun had to spend time everyday by himself trying to devise ways to teach her. The initial two months saw very little progress, yet Arun was commendably patient and understanding as well as giving her room for her to think it through by herself. Then all of a sudden as she learnt to solve the first layer, the progress accelerated and the next 4 weeks saw her wanting to learn 3x3x3 as well. As a matter of fact, she always wanted to start on 3x3x3, but knowing that its too much for her to begin on that, Arun had striked a deal with her that she could start on 3x3x3, only after she learnt to finish 2x2x2 J. And that kept her motivated. There was no mugging up of algorithms involved and she was not doing it the easiest way. Infact she was taking it through the old text book way of solving it which really convinced the onlooker that she was thinking through and visualising the step(s) ahead.

Around the time Anouk learnt both the 2x2x2 and 3x3x3, we learnt that the Canadian Open championship is being held 26-28 July, 2019. The fact that it was held at Niagara falls (yaaay), plus there would be both 2x2x2 and 3x3x3 categories among much more (since its a national championship) plus the fact that a short trip sounded appealing to all the parties involved made us enthusiastic to participate in the Canadian Open 2019. And the preps began (couple of weeks before the tournament). Ordered speed cubes and a mat with timer and Anouk was overjoyed. Dad-daughter duo spent almost half an hour everyday with their preps. Ofcourse we learnt that there were a few challenges in the pipe line. For the 2x2x2, there is a cutoff of 30s for the first two trials, to complete the rest three and get an official timing. At that time, Anouk was in and around 31-32s. We definitely did not want to stress about timing at all (guess we never will), so thought we will see how it goes on actual day.

On 26th July, we went for registration at the Canadian Open 2019. Anouk was super excited to get her goodie bag and T-shirt (the smallest size they had was for an adult-S ) and was a source of amusement to the organisers and the other participants' families. The organisers were very accommodating of our request of a trial solve at the competition hall, so that she will not be taken aback on the environment on the actual day (27 July). On the tournament day, we watched her with pride and relief as she cleared the cutoff on the first two rounds of 2x2x2 and went on to do the all the rest of trials of 2x2x2 and all the five trials of 3x3x3. We were glad that there was sufficient time break in between the two categories. She was so enthsiastic seeing all the older kids solving it and watched in amazement for a while.

Anouk clocked an average of 30.09s in 2x2x2 and 2m 38s in the 3x3x3 at Canadian Open, 2019, her first tournament at the age of 4 years, 5 months and being the youngest contestant. Extremely proud to see her resilience, the effort in logical reasoning and the will to hold on in the face of roadblocks. Here's to many many years of love of logical reasoning and the places it will take you, Anouk.

As mentioned in previous post, Anouk's colouring attempts showed good improvement after mid-February. The month of March saw her colouring to simple pencil drawings that her father kept on sketching for her, both using water colour and crayons. It was quite nice to see her slowly learning to adjust her strokes depending on the curve and learning to use a thicker bristle paint brush. We do not have any special colouring area at home, typically use 3-4 sheets of newspaper spread out to protect the floor from all the colour drippings, lay the sheet of paper on top and she'll be sitting, sprawling on the floor changing directions like the hands of the clock to suit herself. She has loads of fun with the colouring and sits for over one hour in a go at a painting with her own explanations of the picture as she goes through the colouring. As a footnote, we realized that her letter tracing skills has massively improved in these two months and could be attributed to all the crayon strokes that she's fluently doing. Totally win-win J


Below is the roundup of a few pictures from March and early April.

The first quarter of 2019 saw Anouk getting more interested in crayons and watercolouring. From simple crayon strokes that filled up pages, she showed interest and improvement in controlling her strokes and learning to contain them within boundaries. At the same time, she also started showing more interest in using water colour as a medium too and showed improvement in strokes as the first quarter progressed. As a fun fact, this time line captures Anouk's graduation from a daytime napping toddler to a no-more-nap in the daytime 4 year old, which was also one of the reasons for the increased amount of time spent on the colouring activities.

This post captures a rough roundup of a few pictures she coloured in February. (Still winter and playtime is mostly indoors) 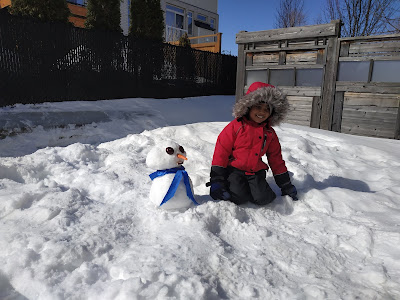